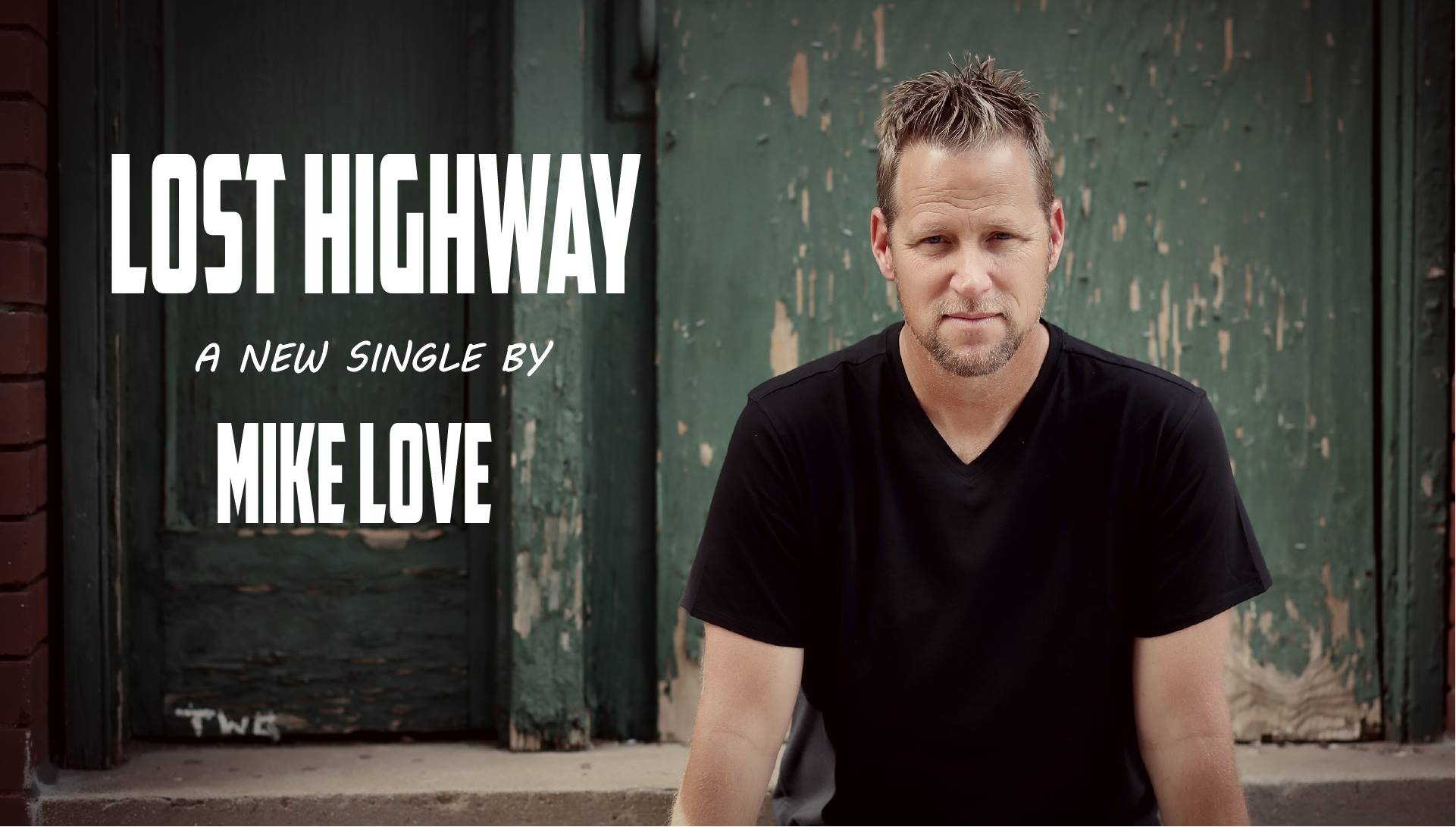 2018 marks the Kansas native’s return with new music in the form of his EP Lost Highway. Recorded at Rosewood Studios in Tyler, TX – the birthplace of numerous Grammy and Dove award-winning multi-platinum albums – Lost Highway is the combination of superb craftsmanship songwriting, a state of the art studio and some of the best musicians this world has to offer.

“The players on this album were something else,” boasts Love. “I mean, we’re talking about guys like Nate Coon who plays with Aaron Watson, John Carroll who plays with Cory Morrow, and Milo Deering who plays with both the Eagles and Don Henley on his solo stuff. Then you’ve got David DeShazo, Sean Giddings and Drew Hall, who co-produced the album with Greg Hunt.”

Though he didn’t intend for six years to pass between Lost Highway and his last album, Gypsy Man, Love can only shrug his shoulders and laugh.

“I didn’t mean for it to happen like that, but you know, you get busy playing and touring, and also living the family life. I’m just a slow-paced guy, I guess. I put thought into every song and sometimes it takes me a while to come back around.”

The wait was worth it, though. On the heels of two charting radio singles off the Gypsy Man album, Lost Highway has been incredibly well received by the fans, as well as those in the radio industry. So much so that his first single – the title track, “Lost Highway” – was the highest-debuting song on the chart the week it was released.

“That song is special. I had a friend who was a sound engineer, and he died with so much life left to live. When I left his funeral and was driving home, I was thinking about how young he was and never really had a lot of money, but he loved what he did. He toured most of his life running sound, so at the end of the day, he got to do what he really loved. It doesn’t matter how much money we have or how big our houses are. What matters is living the life you’re supposed to live,” said Love. “Although we haven’t made tons of money out here on the road, we have made lots of friends and we’ve been able to do what we wanted. When I got home, I couldn’t write it down fast enough. I probably wrote it in fifteen minutes.”

Other songs that make up the EP are just as meaningful to Mike, especially “Malibu Road,” a song that he wrote with his father just before he passed away.

“I actually wrote that with my dad back in 1992 – about three years before he died. We wrote the song after talking about a musician who spent most of his life playing music but figured it was time to get back home. Time on the road had carved lines on his face and he just wanted to get home and back to reality. What’s crazy is it still fits today, it still fits our time. Obviously, I have a ton of newer songs I’ve written, but I really wanted to do that one for my dad. Going into such a great studio with these great players, I wanted to see what we could come up with and it turned out to be awesome.”

“The other two tracks, “Miss You Baby” and “Still Holding On,” are about my wife, but they’re the kind of things that you don’t need to be us to relate to. I met her back in 1993 and we’re still here, we’re still holding on. A lot of people thought she was crazy for marrying a musician that’s gone all the time but we have a really good relationship.”

With such great songs, it begs the question: why only four songs as opposed to a full-length album?

“People don’t buy albums anymore,” Love says quite frankly. “So, I thought why not just pick four solid tunes I really like and produce a smaller product. Nowadays, people buy singles or stream their music. I figured I’d spend less money in the studio and get four quality songs and just get back out on the road. Maybe going this route will make it so that I can go back in the studio early next year and have four more new songs.”

Armed with his fresh tunes and a catalog of previous hits, Love and his band-mates have packed their bags and set their sights on the road.

“It seems like up and down the Midwest, the fans really support artists. My music isn’t what a lot of people refer to as ‘red dirt music,’ but I do play along with those territories and fans in those areas appreciate real artists. Whatever flavor your music is, if it’s real and they like it, they support it. I love that.”

Mike knows that for any musician, the odds are never in your favor, and you can double that difference if you’re an independent artist without a major record label in your corner. Still, he’s got the talent, the songs, and a plan, and nobody is going to stop him from getting out there and taking his swings.

“We play a lot of fairs and festivals all over Colorado, Kansas, Iowa, and Nebraska – all over the Midwest, really. We’re at about 100 shows a year, maybe a little under and that’s a pretty comfortable spot.”

“A lot of people might think that being a musician is crazy because you really don’t make a lot of money doing the work, but at the end of the day, we’ve met a lot of people out on the road and made a lot of friends and we’re happy doing what we do,” says Love. “Honestly, it doesn’t really matter if we ever make it huge or make millions of dollars. In my eyes, as long as we can make enough money to support our families and then go back and do it again, that’s all we really need to be successful.”