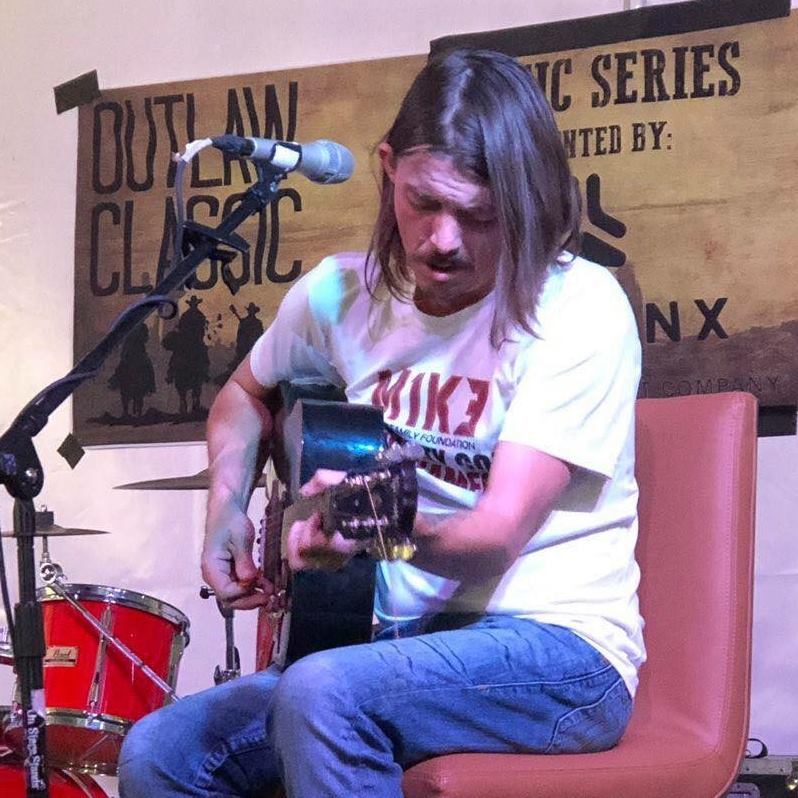 Josh Langston’s music begins in a shady hotel in West Texas working the oil fields after a quick trip North where he discovered college wasn’t his thing. He was always known for his sharp little tunes as a teenager however never gave it much thought until he met a friend that told him to buy a guitar and so ..to the pawn shop he went.
Josh became an amazingly talented writer and performer and is backed by a band that is very respected by both crowds and other artist alike with such an incredible ability to perform tight, high energy shows.
Josh began in musical journey being raised in Texas, beginning in College Station among some the greatest artist from the last 15 years. Josh Langston wrote or co-wrote every song on his latest album release “Liberty or Death”.

In early 2007 Josh moved to Macon Georgia and also spending lengths of time in Muscle Shoals, AL soaking up the heavy influences of Greg Allman in order to broaden his music experiences as an artist and a writer. He toured heavily at that time in the Deep South. In late 2007-2008 he then decided to make another move to, this time Nashville, TN. There he intended to learn more of the business side of music. While in Nashville he continued to write, playing heavily in the “Music Row” district of Nashville.

Josh with his gypsy, rambling soul returned to Texas to bring back his experiences of his journey to work on his 3rd album and hit the road full time again. Mostly living on the road with his band and his notorious big blue van, Josh and the band have accomplished a wide range of milestones.
After a nearly ten year hiatus, Josh looks forward to being back on the road full time and releasing brand new music towards the end of 2018 and a new album due to release early 2019.